Myron was born on the family farm in rural Hardin County, Iowa on March 25, 1933, the son of Winford “Wintie” and Cecile Anna (Ballard) Pickering. He was raised on the farm near Hubbard, Iowa, graduated from Hubbard High School and was inducted into the Army in 1956 where he served two years Active Duty in Germany and four years Reserve Duty in the Story City/Roland area.

Alice was born in Story City, Iowa on January 25, 1935, the daughter of Peter C. and Lenora (Erickson) Henderson. She was raised in McCallsburg, Iowa and graduated from McCallsburg High School.

In his teenage and early adult life, Myron loved fishing, playing baseball and pitching fastpitch softball for teams in the Roland, Hubbard and Radcliffe area. As a father, he enjoyed coaching his son’s baseball teams; and he also enjoyed coaching his three daughters’ softball teams as young girls and women in the Altoona and Des Moines area.

In her teenage and early adult life, Alice loved basketball, band, sewing, square dancing and she loved taking the family to Myron’s softball games to watch and cheer him on.

In 1951 Myron and Alice met at a gas station in Hubbard, Iowa and began a 70-year love affair that lasted through two years of courtship, two years of engagement and then a 66-year marriage that began on June 26, 1955, and produced four children, daughters, Cynthia Pickering, Joy Caudron and Lori Evans and a son, Paul Pickering.

Myron settled into a career as a union electrician as a member of IBEW Local 347 and recently proudly received his 50-year membership pin and hat celebrating his life-long career. Throughout his adult life, Myron built and remodeled houses, including his and Alice’s first home in Roland and their last house before retiring to apartment life. Pickering Construction built or remodeled homes in the northeast Des Moines area until his retirement.
Alice was, at first, a stay-at-home Mom, caring for their four active children before beginning careers as a mortgage servicing associate at Principal Mortgage and Norwest Bank and later as a sales associate at Sears. Additionally, the financial whiz, Alice partnered with Myron by managing the books for Pickering Construction. Mostly, Alice loved being Wife, Mom, Grandma, Great-Grandma and Great-Great-Grandma.

Myron and Alice retired in 1996 and 1997, respectively, and began spending a life of traveling which took them south to Arizona in the winters where they happened on an RV park in Yuma called Friendly Acres. They first camped in their trailer and later purchased a park-model. During their time in Arizona, Myron, always a whittler, met a gentleman that saw Myron’s raw talent and helped Myron develop his talent into a fine retirement love for carving birds. At the same time, Alice, who always had an interest in and talent for painting, met others who helped her develop her talent in painting landscapes and wildlife. The two were featured shortly after their move to Bondurant in the Bondurant Living Magazine. A favorite part of each and every day was when Myron would read books to Alice completing over 130 in the later years.

They were preceded in death by their parents; Myron’s seven brothers and three sisters; three of Alice’s sisters; their son, Paul Pickering, and their grandson, Jamie Outland.

Memorials in lieu of flowers may be made to Altoona United Methodist Church and the Alzheimer’s Association of Iowa. 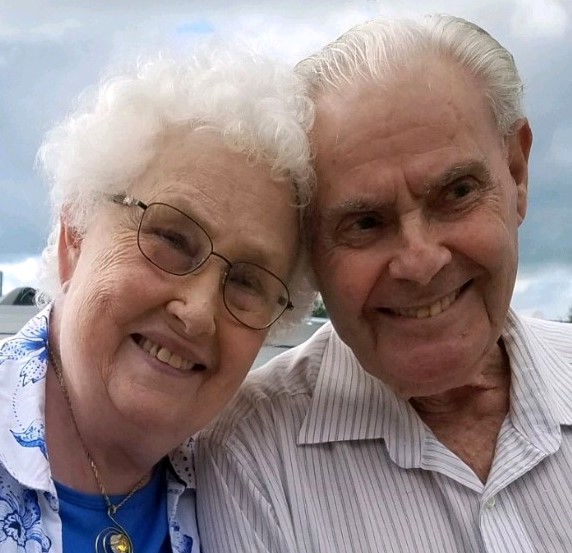