Robert was born on December 24, 1960, to Robert L. and Janet (Gollehur) Lindberg in Galesburg. He is survived by his mother, Janet Christiansen; his sister, Tammy Rosenberg; his nephews, Phillip Smith of Galesburg, Arin Miller of Galesburg, John Patch of Colorado; his niece, Crystal (Joe Richardson) Smith of Galesburg; great-nieces, great-nephews, many cousins and his best friends and roommates, Jesse Kadoun and Arui French both of Iowa. He is preceded in death by his father Robert Lindberg.

Robert was born and raised in Galesburg, graduating from Galesburg High School and later joining the United States Air Force. After Robert was discharged he moved to Iowa and became an electrician, mainly working closely with Veterans Affairs. He always had a strong connection with others, always being able to strike a conversation with those who would listen. However, as many people know, his strongest connection was with his dog Anikin. When Robert wasn’t jawing someone’s ear off or spending time with his dog he could often be found outdoors, enjoying nature by either fishing or camping. Robert was also known for his impeccable Elvis Presley impersonation, often traveling to perform at events. Robert had also worked closely with Veterans Affairs and was instrumental in many recovering addict’s road to recovery.  Robert loved many things in life and was known for many more.

Visitation will be held from 11:00 AM to 1:00 PM Wednesday, March 9, 2022, at Hinchliff-Pearson-West Funeral Directors and Cremation Services Galesburg Chapel.  Funeral Services will follow at 1:00 PM at the chapel with Rev. Martha Jean Fitch officiating. Burial will be in Oak Lawn Memorial Garden. Military honors will be presented by the Knox County Honor Guard. Memorials may be made to the family. Online condolences may be made at www.h-p-w.com 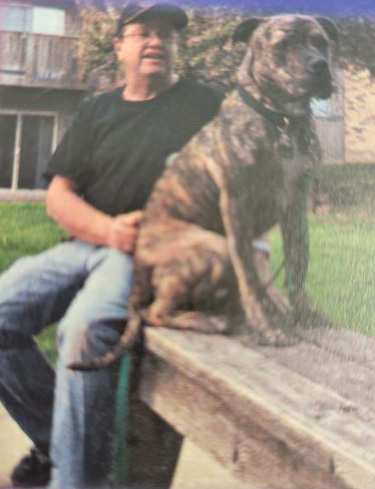